For the benefit of new readers just coming to this site (including any CBC listeners from my June 26 appearance on All Points West), here’s an updated introduction to what this is all about.

Human Cusp is the name of this blog and a book series whose first volume has been published: Crisis of Control: How Artificial SuperIntelligences May Destroy or Save the Human Race, available from Amazon and other sources.  The audiobook was recently released.  Its spiffy cover is the image for this post.

The message is that exponential advance in technology will pin humanity between two existential threats: Increasingly easy access to weapons of mass destruction, principally synthetic biology, and increasingly powerful artificial intelligence whose failure modes could be disastrous.

If you’re looking for the most complete and organized explanation of the reasoning behind that assertion and what we should do about it, read the book.  That’s why I wrote it. Nutshell encapsulations will leave something important out, of course.

I have a Masters in Computer Science from Cambridge and have worked on information technology for NASA for over thirty years, so I know enough about the technology of AI to be clear-eyed about what’s possible.  Many people in the field would take issue with the contention that we might face artificial general intelligence (AGI) as soon as 2027, but plenty of other people directly involved in AI research are equally concerned.

I wrote the book because I have two young daughters whose future appears very much in peril. As a father I could not ignore this call. The solution I propose does not involve trying to limit AI research (that would be futile) but does include making its development open so that transparently-developed ethical AI becomes the dominant model.

Most of all, what I want to do is bring together two worlds that somehow coexist within me but do not mix well in the outer world: technology development and human development.  I’ve spent thousands of hours in various types of work to understand and transform people’s beliefs and behaviors for the good: I have certifications in NeuroLinguistic Programming and coaching. People in the self improvement business tend to have little interest in technology, and people in technology shy away from the “soft” fields. This must change. I dramatize this by saying that one day, an AI will “wake up” in a lab somewhere and ask “Who am I? Why am I here? What is the meaning of life?” And the people who will be there to answer it will be either a Pentagon general, a Wall Street broker, or a Google developer.  These professions are not famous for their experience dealing with such introspective self inquiry.  I would rather that there be a philosopher, spiritual guide, and a psychologist there.

I’ve formed an international group of experts who are committed to addressing this issue, and we’re busy planning our first event, to be held in Southern California this fall. It will be a half-day event for business leaders to learn, plan, and network about how they and their people can survive and thrive through the challenging times to come.

Even though putting myself in the limelight is very much at odds with my computer nerd preferences and personality, I took myself out on the public speaking trail (glamorous, it is not) because the calling required it. I’ve given a TEDx talk (video soon to be published), appeared on various radio shows (including Bloomberg Radio, CBC, and the CEO Money Show), podcasts (including Concerning AI and Voices in AI), and penned articles for hr.com among many others. This fall I will be giving a continuing education course on this topic for the University of Victoria (catalog link to come soon).

I’ll soon be replacing this site with a more convenient web page that links to this blog and other resources like our YouTube channel.

Media inquiries and other questions to Peter@HumanCusp.com. Thanks for reading! My friend, fellow coach, and globetrotting parent Fionn Wright recently visited the Pacific NorthWest and generously detoured to visit me on my home turf. He has produced this video of nearly an hour and a half (there’s an index!) of an interview with me on the Human Cusp topics!

Thank you, Fionn.  Here is the index of topics:

Art Kleiner, writing in Strategy+Business, cited much-reported research that a deep neural network had learned to classify sexuality from facial images better than people can, and went on to some alarming applications of the technology:

The Chinese government is reportedly considering a system to monitor how its citizens behave. There is a pilot project under way in the city of Hangzhou, in Zhejiang province in East China. “A person can incur black marks for infractions such as fare cheating, jaywalking, and violating family-planning rules,” reported the Wall Street Journal in November 2016. “Algorithms would use a range of data to calculate a citizen’s rating, which would then be used to determine all manner of activities, such as who gets loans, or faster treatment at government offices, or access to luxury hotels.”

It is no surprise that China would come up with the most blood-curdling uses of AI to control its citizens. Speculations as to how this may be inventively gamed or creatively sidestepped by said citizens welcome.

But the more ominous point to ponder is whether this is in the future for everyone. Some societies will employ this as an extension of their natural proclivity for surveillance (I’m looking at you, Great Britain), because they can. But when technology makes it easier for people of average means to construct weapons of global destruction, will we end up following China’s lead just to secure our own society? Or can we become a race that is both secure and free?

Viruses, that is.  Canadian researchers revived an extinct horsepox virus last year on a shoestring budget, by using mail-order DNA.

The researchers bought overlapping DNA fragments from a commercial synthetic DNA company. Each fragment was about 30,000 base pairs long, and because they overlapped, the team was able to “stitch” them together to complete the genome of the 212,000-base-pair horsepox virus. When they introduced the genome into cells that were already infected with a different kind of pox virus, the cells began to produce virus particles of the infectious horsepox variety.

Why this matters: It’s getting easier all the time to synthesize existing pathogens (like horsepox) and to create exciting new deadly ones (with CRISPR/cas9). Crisis of Control explores the consequences of where that trend is leading. Inevitably it will be possible one day for average people to do it in their garages.

This team didn’t even use their own facility for make the DNA fragments, but ordered them through the mail.  There’s some inconsistency about how easy it is to get nasty stuff that way. Here’s a quote from a 2002 article:

Right now, the companies making DNA molecules such as
the ones used to recreate the polio virus do not check what
their clients are ordering. “We don’t care about that,” says
a technician at a company that ships DNA to more than 40
countries around the world, including some in the Middle
East.

Things may be better now; apparently now at least the reputable western companies do care.  What about do-it-yourself?  What I can’t tell from the article is whether their mail order was for double stranded DNS (dsDNA) or oligonucleotides (“oligos”), and here I am exposing my ignorance of molecular biology because I am sure it is obvious to someone in that field what it must have been. What I do know is that there are no controls on what you can make with oligos because you can get those synthesizers for as little as a few hundred bucks off eBay. But you then have to turn them into dsDNA to get the genome you’re looking for, and that requires some nontrivial laboratory work.

We can assume that procedure will get easier, and it has in fact already been replicated in a commercially available synthesizer that will produce dsDNA. The last time I looked, one such machine had recently become available, but implemented cryptographic security measures that meant that it would not make anything “questionable” until the manufacturer had provided an unlocking code.

So far, so good, although it’s hard for me to imagine people at the CDC find it easy to sleep. But inevitably this will become easier. How do we have to evolve to disengage this threat? 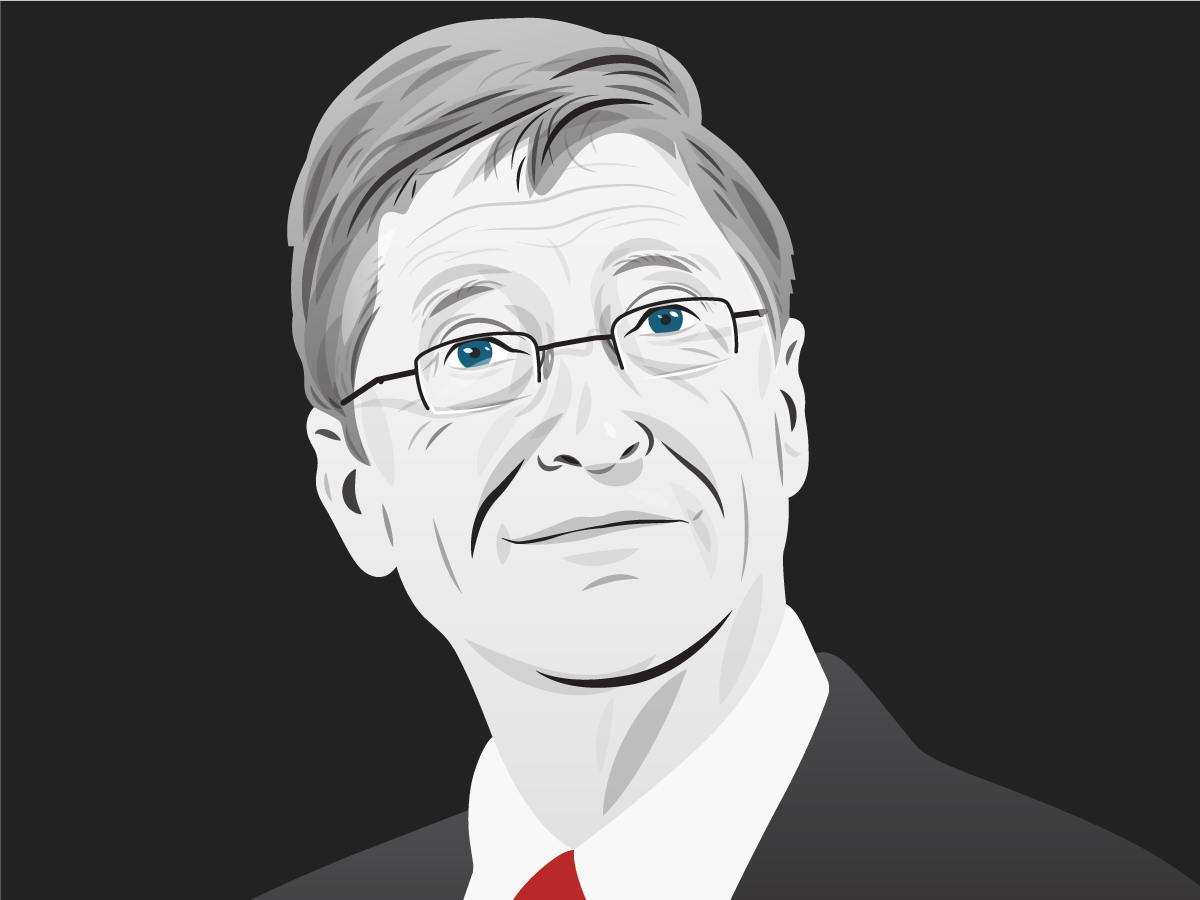 In an op-ed, Bill Gates warns that genetic engineering or just random mutation could spawn a virus that wipes out 30 million people, and we are not prepared to deal with such an event.

The first book in the Human Cusp series has just been published: Crisis of Control: How Artificial Superintelligences May Destroy or Save the Human Race. Paperback will be available within two weeks.

Many thanks to my reviewers, friends, and especially my publisher, Jim Gifford, who has made this so beautiful. As a vehicle for delivering my message, I could not have asked him for more.

Wired Magazine’s November issue is guest edited by President Obama, and in an interview, he touches on so many issues raised in Crisis of Control that I could egotistically convince myself that someone sent him an advance copy.

He talks about the danger of AI, the potential for widespread unemployment, but also its promise. He points out that we have more to fear – in terms of immediate danger to national security – from AIs being focused on single tasks like penetrating nuclear security than we do a general takeover. He talks about bioterrorism. He even mentions the Singularity and gets into Star Trek.

But what it really means is that we’re heading into an era where more and more people are waking up to these issues. I have my part to play, Obama has another, and so do you.